The question was asked by myself on December the 7th 2009, at 7:46 PM in Ruma, Serbia and it concerned the arrival of the money, representing a tuition fee for private English language classes.

My significators are the Sun in the 5th house in Sagittarius and the Moon in the 1st house in Leo, the sign on the Ascendant. The significator of the money owed to me is Saturn in Libra in the 3rd house, the ruler of the 8th (other people’s money). The first step is to ascertain which significator will be used as a primary one, the Sun or the Moon? The Sun aspects the ascending sign, so it is qualified to provide primary testimony in the matter inquired about, and the Moon will be made a sharer in its work and add its testimony.The Sun doesn’t apply to Saturn, ruler of the quesited matter – its first application is to Mars in the 1st by trine. However, Mars neither receives the Sun in any of its dignities in Sagittarius nor is it the natural significator of money. Moreover, Mars is a natural malefic, in this case also slow in motion and peregrine – this signified trouble and didn’t provide much hope of perfecting the matter inquired about, especially because Mars didn’t apply to some other planet to which he would commit Sun’s disposition (the applying opposition to Jupiter never perfects, because Mars turns retrograde) so he remains the ultimate receiver of the Sun’s disposition.Then I looked at the Moon, the secondary significator. It is on the 30th degree of Leo. According to Sahl Ibn Bishr, the strength and virtue of such a planet are already in the following sign (Virgo, in this particular case), where the Moon gains essential dignity of triplicity. The Moon applies to Mercury by trine, and Mercury receives the Moon in its domicile, exaltation and term, which means Mercury is willing to fulfil the matters committed to it by the Moon. Mercury is well-disposed, being in its term (Egyptian set), in its sect (occidental in a nocturnal chart) in the profitable 5th house which, among other things, also signifies children. But, Mercury doesn’t decide on the outcome of the matter either, as he applies to some other planet, and in this case, it is Saturn, the ruler of the quesited! Saturn receives Mercury in its domicile, allowing for a reliable transfer of virtue from the Moon to Saturn, thus bringing perfection – though by a square aspect.And so it proved. The money arrived on Friday, the timing being clearly shown by the application of the Moon to Mercury, and then Mercury to Saturn, altogether a bit less than four degrees. 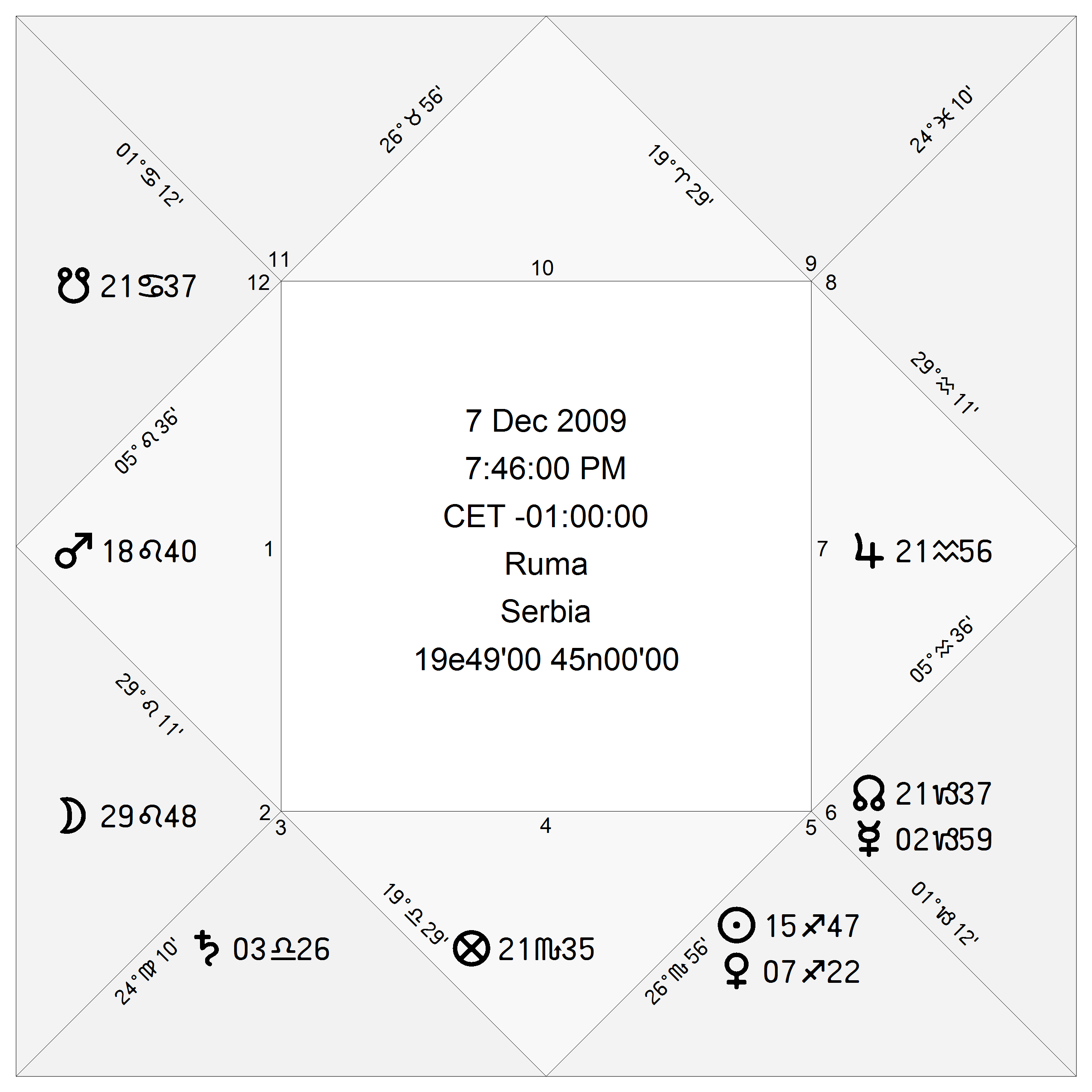