Natasa Karalic Koprivica is the owner and author of the tradicionalnaastrologija.com. She is an astrologer with more than thirty years of experience in studying and practicing astrology. She developed a particular and recognizable astrological style by studying the skills of natal, electional, horary and mundane astrology. Her astrological practice is based on daily work with numerous clients, among whom are celebrities from the world of art, science, sport and politics.

She has been studying astrology since 1986. Her first encounter with astrology happened through works of the most distinguished representatives of modern (popular) astrology such as Alan Leo, Charles Carter, Michael Baigent, Liz Green, Reinhold Ebertin, Mile Dupor, Nick Campion and others. At the beginning of her studying and practising of astrology, she was satisfied neither with the gained results in analyses and predictions nor with the fact that astrology could not give the answers to many important questions. 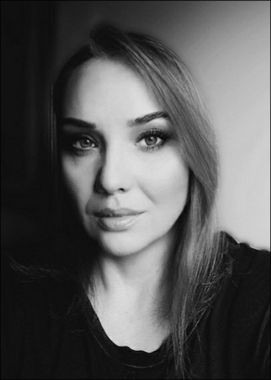 A contact with a superb astrological book titled "A History of Western Astrology" (The Boydell Press, 1987) by Jim Tester was a turning-point in her future astrology studying. Jim Tester was a lecturer at the Department of Classics at the University of Bristol. In this superb book she found clear and logical answers to numerous questions. When and where did astrology originate? How does it really function? Why do some Zodiac signs have two rulers and some share one common ruler? These questions are only some of the numerous questions which anyone, who studied astrology slightly more seriously, can not answer. "A History of Western Astrology" and other books, on which this book was directed to in an unambiguous way, pointed that modern (popular) astrology was actually a distorted representation of astrology, which originally had existed to the half of the nineteenth century. It was some kind of combination of old astrological rules and rows, in the history and tradition of astrology, superficial lies. In the light of cognition, after many years, Natasa Karalic Koprivica forever rejected popular astrology and orientated herself to the theoretical studying and the practical use of the so-called traditional (classical) astrology. When she met original astrology, the so-called traditional astrology, through the works of a great Hellenic thinker Claudius Ptolemy, the distinguished astrologers Manilius, Antiochus of Athens, Paulus Alexandrinus, Dorotheus of Sidon, Al-Khayyat, Al-Biruni, Masha'Allah, Ibn'Arabi, Bonatti, William Lilly, Nicholas Culpeper and other great men of ancient astrology, was a real turning-point and a huge progress referring to the total understanding of astrology and general astrological education, as well as referring to the practical results she began to get in her work with clients. A fortunate circumstance that she lives and works in the Balkans, a geographical space where great civilizations, such as Ancient Greece and Rome, Byzantium, Islam and Western Christianity meet, made it possible for her to understand the philosophical ideas behind astrology, as well as astrology itself, in a more comprehensive way. 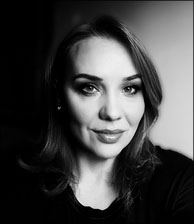 In June 2002 Natasa publicized her first Website which was, at that moment, one of the rare sites on the whole Internet completely dedicated to traditional astrology. This site was visited by many astrology lovers from the whole world. From 2004 to 2012, she worked as an editor for traditional astrology on the Astro-Art, the most popular astrological portal and forum in ex-Yugoslavia, she has published many texts, explanations, examples from professional work and answers to the horary questions of numerous visitors. She has published the authorial articles in the popular astrological magazine "Astrologos" as well. Her articles were published all over the Internet. Her name, as an author, was sometimes announced and sometimes not. She is one of the establishers and a member of the Administrative Board of Association of Balkan Astrologers which, unfortunately, is no longer active. Since 2004 she has been organizing the Internet School of Traditional Astrology. Within the framework of this school she gives instructions to those interested in more serious astrological work. She also trains them for independent astrological work. Apart from her own texts over the years she translated dozens of old author's texts into the Serbian language, trying to bring real astrology to the climate in which she lives and works in a more direct way. Large portion of books written by old authors have been translated over the past decade from her side and she became very well acquainted with the work of Claudius Ptolemy. She's the only astrologer in Serbia who knows the doctrine of astrological magic which she practices in her work.

2019 is the year of significant changes. A new Website (tradicionalnaastrologija.com) was published. Since 2013. with several colleagues she's been administaring an influental astrological Facebook group in the Serbian language dedicated to the promotion of astrological tradition and to the open critic of popular astrology in Serbia today. Currently she translates the famous work of ancient Roman astrologer Firmicus Maternus into Serbian.